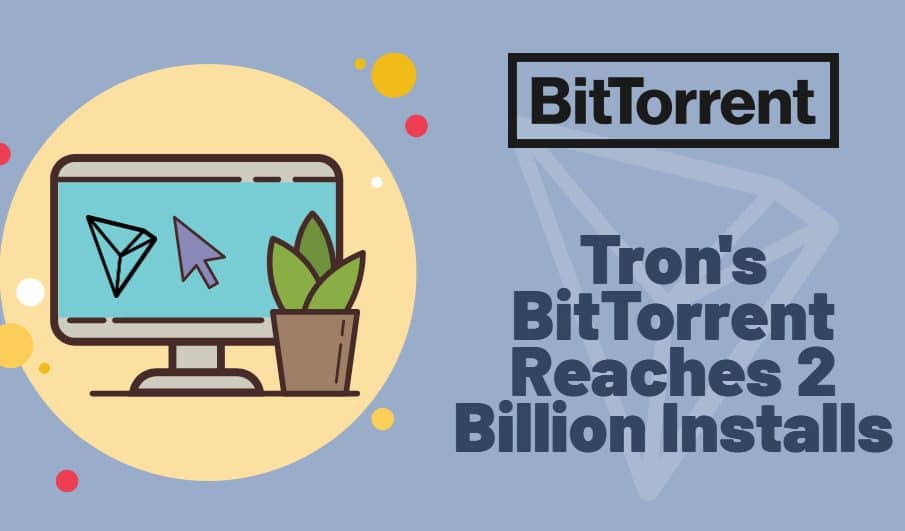 BitTorrent is a leading file sharing network under the stewardship of Justin Sun. Recently, it announced a historic milestone after surpassing 2 billion installations worldwide. Despite such remarkable downloads, the BTT token is still down 74% from the ATH. However, to celebrate this success, BitTorrent is giving 30% off on its µTorrent and windows-based subscriptions.

If we consider the last year performance of BitTorrent traffic across the internet, the network accounted for 28% of all upstream and 3% of all downstream. But with this significant mark in the downloads, BitTorrent has become one of the most popular peer-to-peer file sharing service providers. According to the company’s officials, the Android version of the software is quite a famous torrent downloader on Google Play Store.

Along with celebrating and offering an off on subscriptions, Justin Sun also hinted about its new product releases in the future. As per his statement, the company is now looking forward to improve the protocol and to introduce the latest use cases, like live-streaming products and decentralized file storage.

The company came under the acquisition of the Sun Tron Foundation back in 2018, with 170 million users at that time. With this acquisition, the dream of decentralizing the file transfer came into existence; therefore, it started working towards changing the world of billion people positively. The launch of its token, BTT (BitTorrent), in early 2019, gave the company a new-look while working towards the dream. This integration incentivized file storage and sharing plus new features of deep crypto integration like BUSD for subscriptions and an ability to pay with TRX. However, the token dropped 90% from the ATH by March 2020, currently 74% down from the ATH accounting to the price of 0.000459.

Despite this, the company has achieved a remarkable phase in the world of the internet. And, the current success with an upward momentum of BitTorrent can be given to the mind behind this company, i.e., Justin Sun. The company has also remained in some controversies as well. Many claimed that the logo and the elements of the BitTorrent File System (BTFS) had been copied from the Interplanetary File System (IPFS). Whether these rumors are true or not, BitTorrent is celebrating its current success.

How to Use TRON dApps? – A Quick Study