TRON was developed as a liberating idea to provide complete ownership of their digital products without the need for any intermediaries such as Google, Facebook, or YouTube. The platform itself is rather new, developed, and brought live in October 2021.

TRON can now support smart contacts, blockchains, and even decentralized applications. Using a transaction system similar to that of Bitcoin, the data is stored in a public ledger with trackable historical transaction data.

TRX’s market capitalization helps it rank amongst the top cryptocurrencies with a strong user base. Ranking 15th with $$5,730,646,51 value speaks of the stature of this blockchain and its prospects.

The previous price action of this token has prevented any case of severe profit booking. Hence, the outlook for TRX seems bright in the short term, while the long-term prospects could very well depend on its performance.

TRON has been a successful venture for ICO investors as the token has been moving on a positive side since its inception in October 2017. The last five years have surely been volatile, with prices hitting as low as $0.007 to the peaks of $0.18.

Since the bullish trend of 2021, the support level for TRX has shot up significantly to $0.05. The prospects for TRX remain bullish, and the price action is expected to consolidate till the dark clouds of crypto winter halt. 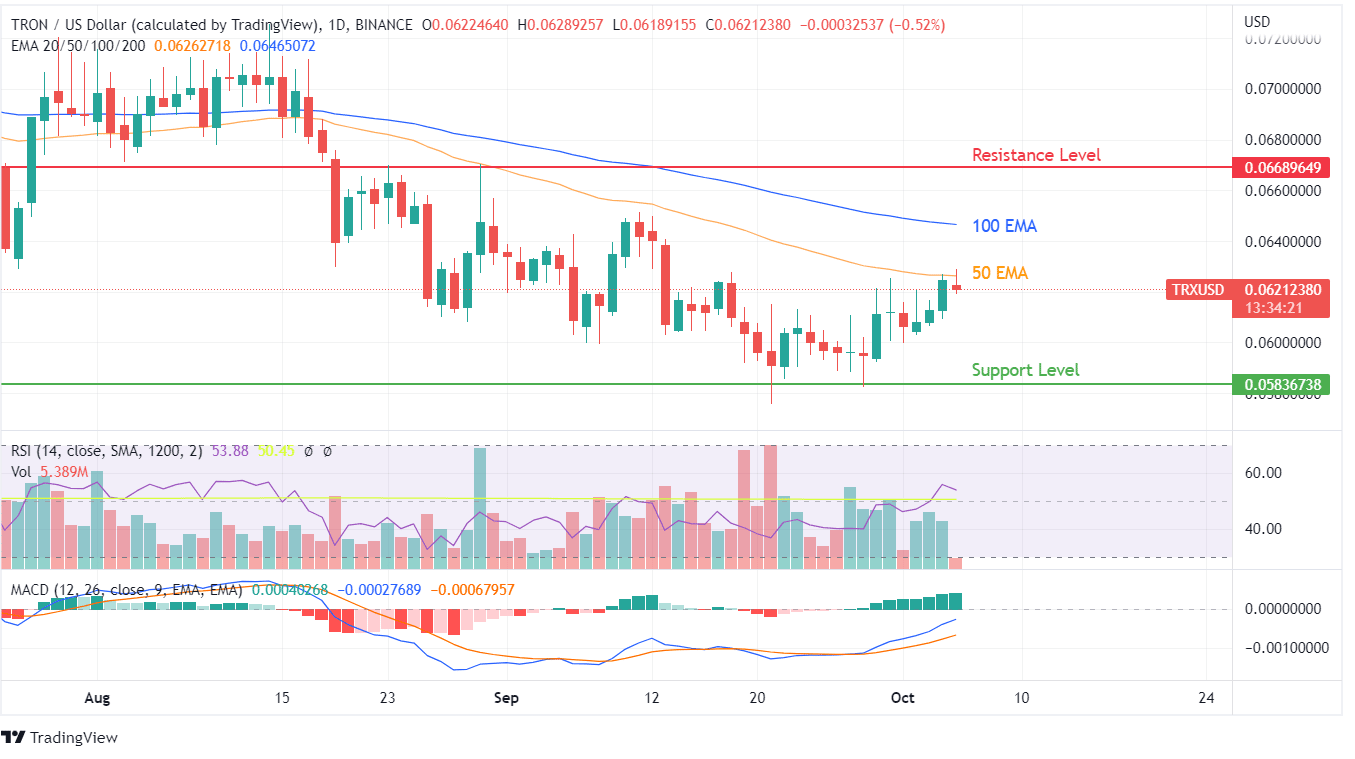 TRX’s recent downturn has not been very huge as it found support from $0.058. On short-term levels, the price action has taken support and is set to challenge the resistance at 50 and 100 EMA.

Hence, for short-term profits, the TRON target should be established above $0.07, while the long-term indications based on RSI and MACD have become entirely positive. RSI has spiked above 50, with MACD getting support from a bullish crossover.

Even on weekly charts, the support of $0.05 has remained intact, with resistances at $0.09 offering a highly volatile movement. However, the transaction volumes for weekly duration have remained below the peaks of 2021.

Banxso: Be Limitless With Our Array Of Assets